WELCOME- This is Helena Imminga-Berends’ new website, in transition from Regenboog Advies

This site shows all the research and training projects and publications by Helena Imminga Berends, often undertaken with other researchers and teachers.

A short history: Helena has an international background and multidisciplinary experience.  She grew up in Rio de Janeiro (from Dutch parents), studied econometrics in Rotterdam, Mathematics for Economists in Lisbon and Human Ecology in Brussels. She worked as an environmental economist at two universities but also in policy making (European Commission, Dutch Scientific Council for Government Policies-WRR) . CV EN

A MULTIDISCIPLINARY AND INTEGRATED APPROACH

The focus and drive of Helena’s work is to bring different approaches together: the economic, the social and the environmental when developing, evaluating and advising on sustainable and policy oriented projects. Helena and her team’s goal was always to improve policies and plans, making them more integrated and sustainable.

Helena led and participated in many research projects where the results showed how improving / investing in the environment  has social and economic benefits. This is was her idea behind the image of the rainbow: bringing together the different colours: green (nature), blue (water), yellow (social), red (economic), etc. See Research list. AT COUNTRY LEVEL: With Jose de Bettancourt Helena produced socio-economic-environmental profiles for 25 countries and territories (OCTS) linked to the EU. See reports on 25 OCTS in English and French, commissioned by the European Commission (Europe Aid).

AT REGIONAL LEVEL: Helena developed a course on how different stakeholders can work together in a region. leading to win-win-win solutions. A short video (in Dutch) shows some of these projects. 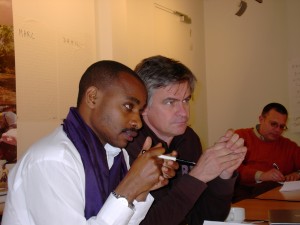 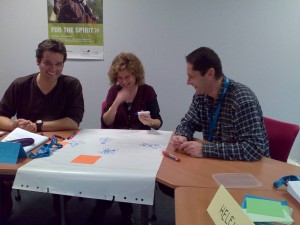 In the same spirit Helena brings together different cultures by training them in how to improve intercultural communication. This is done in the Netherlands and abroad, in four languages. Helena trained young people, managers and women. She gave workshops for European civil servants in Brussels, for technical experts at the Belgian Development Agency Enabel and for Atos Origin managers in Spain, Marocco and France.

Besides using quantative/ economic approaches Helena also does action reasearch and uses  participatory methods. She developed e-learning lessons (at Enabel-BTC) but also games and role- plays to be used in her training sessions. One such game is a Budget Game  so people can become more aware of how they spend money and how they value things and events. In DUTCH: we blijven werken met ons BUDGETSPEL in buurthuizen en elders, zie paginas over  het spel,  onze workshops en demonstraties plus TV reportage.

We use the Transformation Game (Findhorn) in workshops for individuals or groups who want to make an actio plan based on a well formulated WISH. See for instance some experiences on this page: T Game. 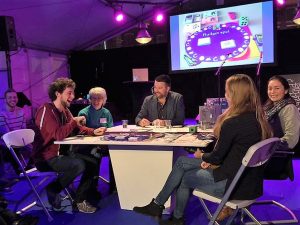 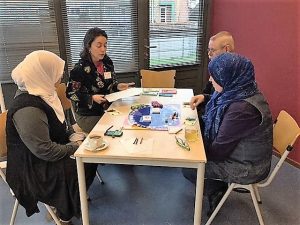 Conflicts inside the Kingdom of the Netherlands, which is composed of 4 countries! Which four: The Netherlands (more commonly called Holland) and three countries in the Caribbean: Aruba, Curacao and Sint Maarten. These three became independent coutries on 11-11-2011.  Three other territories of the former Dutch Antilles (Sint Eustatius (Statia), Bonaire and Saba) chose to be treated as Dutch ‘special municipalities’, i.e. closer linked to the Netherlands. All six are part of the 13 Overseas Countries and Territories (OCTs) of the European Union and receive EU aid. After 11-11-2011 development aid from the Netherlands stopped, but the financial demands and support have continued. Howver, negotiations have not always developped in a friendly manner.

See for instance more about the relations between the Dutch Gvernment and Sint Maarten which was terribly hit by Hurricane Irma in September 2017. The Dutch government offered 550 million Euros for reconstruction of infrastructures and has asked the World Bank to be involved in the National Recovery and Resilience Plan (NRRP). But because the Dutch Goverment imposed a number of conditions, the prime minister of Sint Maarten (William Marlin) resigned. The European Union is offering aid to both parts of the island: to Sint Maarten and to Saint Martin (a French Collectivite, where reconstruction works are led by France). – We show that investing in nature is necessary and positive for nature, for civilians, for businesses, for government, etc   SEE examples…

– How can one improve the qualityof a camping site in a nature area?  SEE example

– How can city dwellers be more involved in protecting and developing nature in their own neighbourhood? SEE our garden contest

ABOUT US- WIE ZIJN WIJ